Join Our Newsletter
Shop Our Store
MAIN MENUMAIN MENU
By Joshua Gillem on December 16, 2020 in DGU 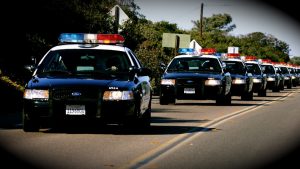 Casselberry, Florida — A woman shot her domestic abuser boyfriend several times after he held a gun to her head and attempted to smother her with a pillow.

According to police, the unidentified woman and her now deceased boyfriend, Benjamin, were in the middle of an argument when he pinned her to the bed, put a gun up to her head, and then tried to suffocate her with a pillow.

The woman was somehow able to break free and retrieved a different gun from the bottom shelf of the bedside table, and ran away from the man.

He went after her again, and she shot him in the chest with her firearm. The woman then fled outside where Benjamin followed and shot the woman in the forearm with the gun he had, causing her to shoot him several more times into the chest area before fleeing to a neighbor’s house to call the police.

According to reports, the woman then ran back to her abuser in an attempt to stop the bleed and save his life.

Casselberry police Chief Larry Krantz said that after reviewing the information from the investigation, that the woman likely acted in self-defense and is not looking at facing any charges.

Once again, we see how firearms are the great equalizer. Had that woman not had access to a firearm she would likely have been killed by the man.

CCW Stops Brutal Attack
Can I shoot in My Backyard?