Join Our Newsletter
Shop Our Store
MAIN MENUMAIN MENU
By Jacob Paulsen on March 8, 2017 in Law 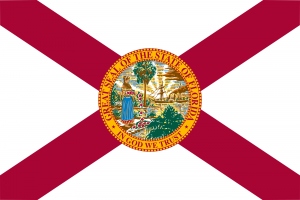 Despite intense argument by Second Amendment supporters, the Florida Supreme Court upheld a longstanding state ban on the open carry of firearms in public last week.

In a 4-2 ruling, the Florida Supreme Court stated the state law “regulates only one manner of bearing arms and does not impair the exercise of the fundamental right to bear arms.” In doing so, the Supreme Court sided with the 4th District Court of Appeal, which ruled in 2015 against a man arrested in St. Lucie County for openly carrying a gun in a holster.

“[We] agree with the 4th District and are satisfied that the state’s prohibition on openly carrying firearms in public with specified exceptions — such as authorizing the open carrying of guns to and from and during lawful recreational activities — while still permitting those guns to be carried, albeit in a concealed manner, reasonably fits the state’s important government interests of public safety and reducing gun-related violence,” said the 47-page majority opinion, written by Justice Barbara Pariente and joined fully by Chief Justice Jorge Labarga and Justice Peggy Quince. Justice R. Fred Lewis agreed with the result but did not sign on to the opinion.

But Justice Charles Canady, in a dissent joined by Justice Ricky Polston, said the law “collides with the Second Amendment right as understood” in a landmark 2008 U.S. Supreme Court decision striking down a Washington, D.C., gun law. He described as “feeble” arguments that the open-carry ban is justified for public-safety reasons.

“Of course, many people are made uncomfortable by the fact that others are permitted to keep and bear arms at all,” Canady wrote in the 10-page dissent. “But contemporary sensibilities cannot be the test. Such sensibilities are no more a basis for defeating the historic right to open carrying than for defeating the understanding that the Second Amendment recognizes the right of individuals to keep and bear arms.”