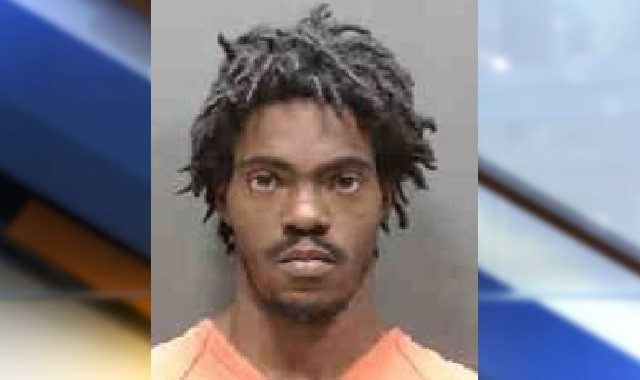 North Port, Florida– North Port Police Department (NPPD) says they have arrested two men in connection with an attempted robbery at an ATM that left one suspect wounded Thursday night.

Police Say 19-year-old Ryan Warren approached a woman who was using an ATM at the Suncoast Credit Union on Aidan Lane with a loaded pistol and attempted to rob her just before 10:30 p.m.

The woman’s alert boyfriend was waiting in his car for her to complete the transaction when he saw Warren threaten the victim with his handgun. The boyfriend exited the vehicle and opened fire on the suspect, hitting him several times.

Warren immediately fled the scene, jumping in a waiting get away car driven by 25-year-old Eric McKenzie.

NPPD says they were first alerted to the shooting by a 911 call placed by McKenzie, who had taken Warren to a Good Will thrift store located a mile away from the crime scene on Tamiami Trail. McKenzie told dispatchers Warren had been shot multiple times but failed to mention how.

When officers arrived, Warren told officers he’d been robbed and shot by a white male but was unable to describe his alledged attacker further. He was then flown by helicopter to Sarasota Memorial Hospital Trauma Center for treatment.

Meanwhile, the victim’s boyfriend arrived at NPPD headquarters to report the shooting. The suspect’s story quickly unraveled as detectives searched the scene, spoke to the victims and witnesses, and reviewed surveillance footage. The men were finally tripped up in their false claim when they were again questioned by officers.

Both men are charged with robbery with a firearm. McKenzie has been booked into Sarasota County Jail, while Warren recovers from his multiple gunshot wounds. After doctors give their consent that he is physically fit enough, police say he will be booked as well.

There are no reports of any injuries or charges filed against the couple for their role in the self-defense shooting. And neither was identified in accordance to victims protected under Mary’s Law.

A substantial amount of the violent crimes that occurs in the US happens in, or around vehicles like it did in this attempted ATM robbery. Click here for the Vehicle Firearm Tactics Course – Online & DVD.