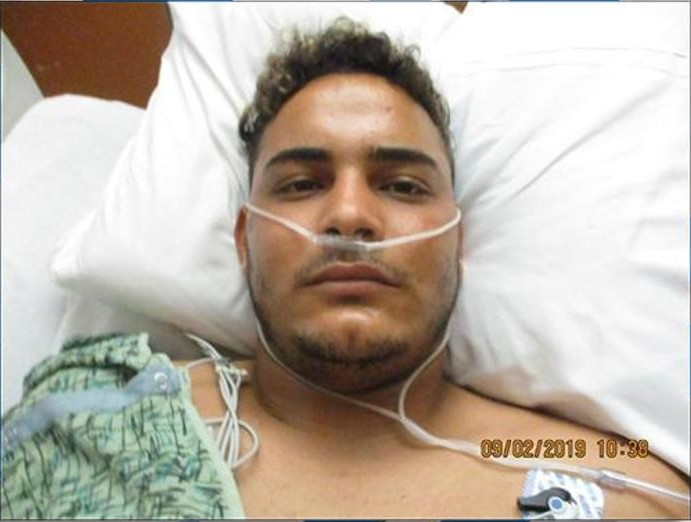 West Palm Beach, Florida — A man was shot and killed after his home was invaded by another man wearing a mask late Saturday night.

The fiancé of 38-year-old Enrique Munoz Blanco told police they were both asleep in the bedroom of their home located near the 900 block of Linda Court around 10:30 p.m. when she heard a loud bang come from the living room.

She notified Blanco who got up to investigate the noise when she heard another loud bang. According to Palm Beach Post, she screamed when Blanco came back wounded.

“They shot me,” he told her before collapsing with a gunshot wound to his chest.

The intruder, wearing a black hoodie and skeleton mask, walked through the broken glass of the front door and pointed a gun at her. The terrified victim pleaded for her life before running out of the house.

Nearby neighbors heard the shots and the woman’s screams and one walked outside with his gun to see what was going on. He witnessed the masked man fleeing the scene on a bicycle and shouted at him.

The suspect turned and fired in his direction and the neighbor shot back, striking the gunman in the leg as he rode away.

Police were able to locate the suspect, 20-year-old Javier Medina Tamoya, and found him in possession of stolen jewelry taken from Blanco’s home.

He was transported to St. Mary’s Medical Center in West Palm Beach for treatment of the gunshot wound to his leg and faces charges of homicide, armed burglary, robbery, and home invasion.

Tamoya told police he knew two people who lived in the area of Blanco’s neighborhood, but denied any involvement in the killing of the homeowner.

Criminals often like to stage an ambush near the door of your home and knowing how to defend yourself against a threat could be a deciding factor in survival. Read here for training on Door Ambushes.