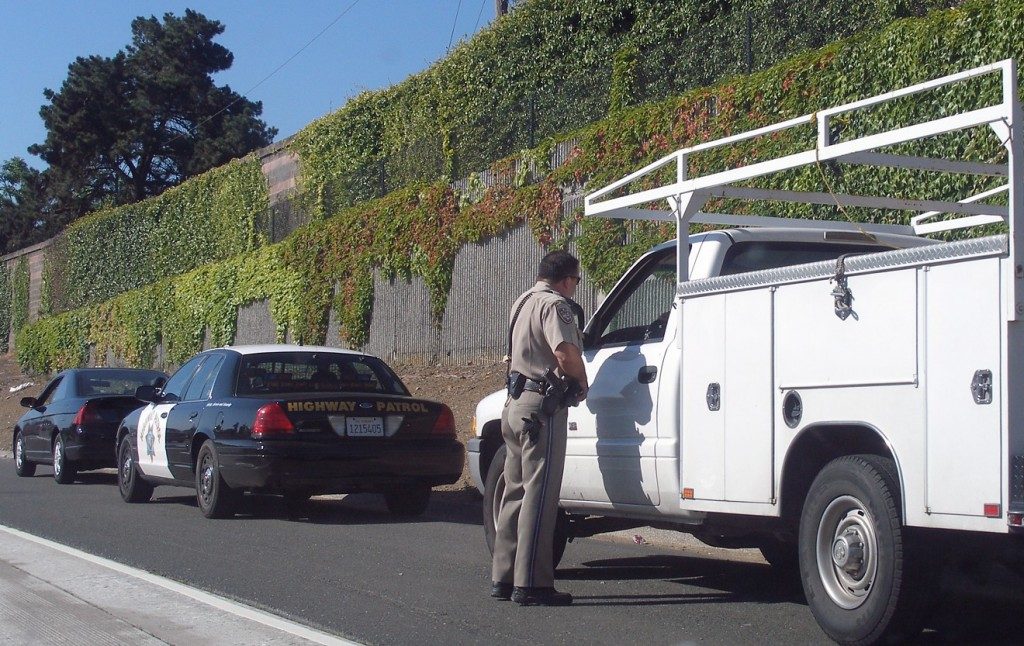 According to police, officers were in the area of 1131 NW 17th Street at around 10 a.m. following a stolen car. The owner of the vehicle had reported to police that his cell phone was still in the car and police were able to track the thieves through the phone.

A pursuit occurred, and officers noticed another vehicle attempting to distance itself from police units with aggressive driving. That car crashed and the occupants fled on foot away from police.

The suspects split up with one running into the parking lot of SoFlo Jeeps, a custom jeep business.

Carlos Sandi heard the screech of tires and the crash and went to investigate, just in time to witness the suspect fleeing from police. Sandi, a United States veteran, drew his pistol and ordered the suspect to the ground.

“We had customers and employees out, that’s when I decided to pull my firearm and stop him,” Sandi told Local10. “I wasn’t really thinking. Training and instinct kicked in. I just did what had to be done.”

“As soon as he saw me pull the firearm, he put his hands up, I told him to get down on the ground. He sat down and I rolled him over on his stomach and pulled his hands behind his back, zip tied his hands and searched him just to make sure he didn’t have any firearms or any weapons on him,” Sandi said.

Officers were able to catch all the suspects involved in the crime and charged them with grand theft auto, driving under a suspended license, and resisting arrest.

While Sandi was commended for his bravery, Fort Lauderdale law enforcement officials say they don’t recommend any citizens follow his example because of the danger.

Citizens incur more risk when choosing to step in to apprehend a suspect. The police are able to do their jobs because they are afforded a degree of protection from prosecution which civilians are not. While it may be brave of you to risk your life to catch a potential criminal, be aware that you are also taking on legal risk along with physical risk.

If anything goes wrong, you could be held liable and face being sued by the suspect in civil court even if law enforcement chooses not to pursue charges of any kind.

Self defense insurance reduces the financial burden resulting from legal proceedings after a defense encounter. Companies like CCW Safe provide finances for hiring a competent and expert legal defense to ensure you get the best chance at a fair shake in the justice system.