A concealed carrier in Naples County, Florida, will have to answer a felony gun charge after carrying her firearm on school property. 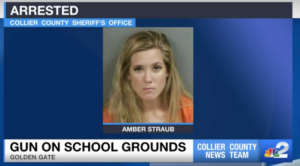 You may remember earlier this week, I wrote about an unfortunate mistake by an Ohio concealed carrier that led to him facing a felony gun charge for violating the forbidden “school safety zone.” Now we have this one out of Florida.

According to NBC 2 News in Florida, around 8 AM, an unnamed school staff member noticed a “gun-shaped bulge” under a parent’s shirt. Apparently, the staff member saw the bulge under the mom’s shirt as the woman walked her child to the entrance of the school.

The school staff member notified the school’s on-site Collier County Deputy. The Deputy stopped the woman, identified as 34-year-old Amber, and asked her if she had a firearm. 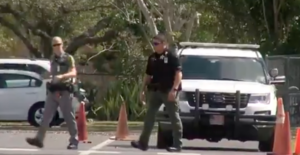 Amber stated she was carrying a concealed handgun. The Deputy confirmed that Amber was carrying a Glock, 9mm handgun and had no nefarious intentions. NBC News 2 reports that Amber faces the felony charge under Florida Statute 790.115, “Possessing or discharging weapons or firearms at a school-sponsored event or on school property prohibited; penalties; exceptions.—”

In the video report from NBC2, reporters interview a woman who says the following:

So you don’t know what’s going to happen, you know, when you bring the firearm with you to pick up the kids, something bad might happen.

I’m not attacking the woman in the video, but this concern does not justify a universal ban. What exactly could have happened in this specific case? We don’t criminalize safe behavior, just because someone else might do something unsafe. 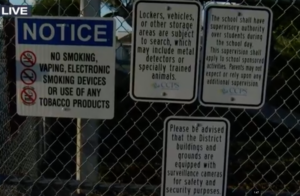 As you see, the school makes it a point to post signs of everything you can’t do on school grounds. Remarkably, there is no sign about guns. The statute doesn’t require a sign to be posted, but I think a reasonable question to ask is, should a sign be required? Or would posting a sign reduce the possibility of someone making an honest mistake and carrying their gun on school grounds?

If so, why isn’t that part of the statute? 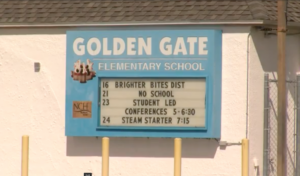 As in the Ohio case, a concealed carrier faces charges for bringing their gun onto school grounds.

We need to know the law. We will not get a free pass, not even in “gun-friendly” states like Florida and Ohio. I urge anyone who carries a firearm to consider our Legal Boundaries by State book. It’s the most comprehensive resource for concealed carriers.

Inevitably this post will receive many of the same comments the Ohio post got. Meaning many people will attack the woman as being “stupid” or “she deserves the punishment for breaking the law.”

I disagree entirely with those sentiments and hope you consider the following if you’re inclined to jump to that assessment of the situation.

In both situations, concealed carriers violated statutory law that they should have known about. Both instances involved a concealed carrier, who had no evil intent, carried their handgun responsibly in a holster, and never placed anyone at any risk. Nevertheless, each of them may lose their right to carry a concealed handgun or even possess any gun.

These stories should open up conversations on why these laws are flawed and only harm people who are not any threat to anyone. Conversely, it’s these people who could be one of the many concealed carriers who intervene to save lives.

Need proof? Consider checking out any of our Justified Saves episodes of the Concealed Carry Podcast. In the monthly episode, we discuss defensive gun uses from across the country.

Unfortunately, the law is what it is, and these two will need some good representation in court. That’s gonna cost a lot of money. I wish them the best in their legal battles and hope neither loses their gun rights. However, I will not call these people stupid or laugh at their expense. We should be upset that good people are being jammed up because of stupid laws that do nothing to make anyone safer.