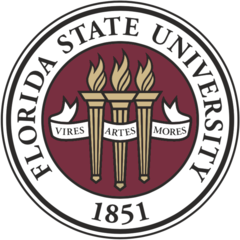 The assailant made off with the two student’s goods without a fight, and calmly re-entered the SUV that brought him there and the as of yet unidentified driver took off. As of the time of the writing of this article, there have been no arrests made of the assailants, only a description of the robber stating that he was “male, black, about 19-20 years old, approximately 5’8” tall, about 150 pounds, and wearing white t-shirt.” His “hair was styled as short ‘twist’ dreadlocks” and he was “armed with [a] black handgun.”

This is the second use of guns for criminal purposes on the campus in the past two years. In 2014, a gunman opened fire outside of FSU’s central library, causing the ruling by Mr. de la Portilla several months ago.

While it is admirable to add safety to the campuses, where the youth of America is attempting to learn, it is now becoming obvious that a complete block of guns on campus may not be the answer to the safety issue that FSU is facing, if the robbery that took place is any indications.