Join Our Newsletter
Shop Our Store
MAIN MENUMAIN MENU
By Craig Martin on May 24, 2017 in News 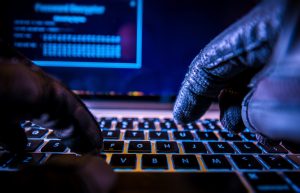 News out of Tallahassee this time around, as the Florida Department of Agriculture and Consumer Services announced that 16,190 Floridians with concealed carry permits have had their names obtained in a cyber attack over the weekend.

Florida’s Commissioner of Agriculture and Consumer Services Adam Putnam says that the attack is believed to have come from an overseas group that hacked into the online concealed carry permit system, stealing user’s information.

As of the writing of this article, Putnam and the Florida state government have stated that the only information that has been recovered by these cyber criminals are the names of 16,190 concealed carriers and 469 social security numbers.

In an effort to help those who may have had their social security numbers revealed, the state has said they will give 1 year of credit protection, to help monitor any suspicious activity. It is not believed at this time that any other information, financial or otherwise, was violated during this cyber attack.

The Department also stated that the only people affected by this breach were those who renewed their concealed carry permit online, and that the rest of Florida’s gun owners have nothing to worry about. And, while they say that no financial info was stolen, the attack happened during the payment part of the renewal process.

Lastly, we are told that there is no threat of identity theft. Then again, they also told us that we could process a payment through their online concealed carry permit system, and look what happened there. Time will tell, at this point, if anything negative does come from this cyber attack.

Either way, they are looking into their cyber security system, because of this attack.

If you are worried about being a victim of this yourself, you can reach the Florida Department of Agriculture and Consumer Services at www.freshfromflorida.com/Contact-Us  and they should be able to help you out.

If you know some gun carriers who may have been potential victims and you would like to let them know about this, make sure to share this article as a way to let them know whether or not they should be looking into this matter.

Remember to stay safe out there, and what I want to know now, is do you feel safe renewing your permit online? Or, do you feel as though that’s something that should be done in person? Let us know, in the comments below.