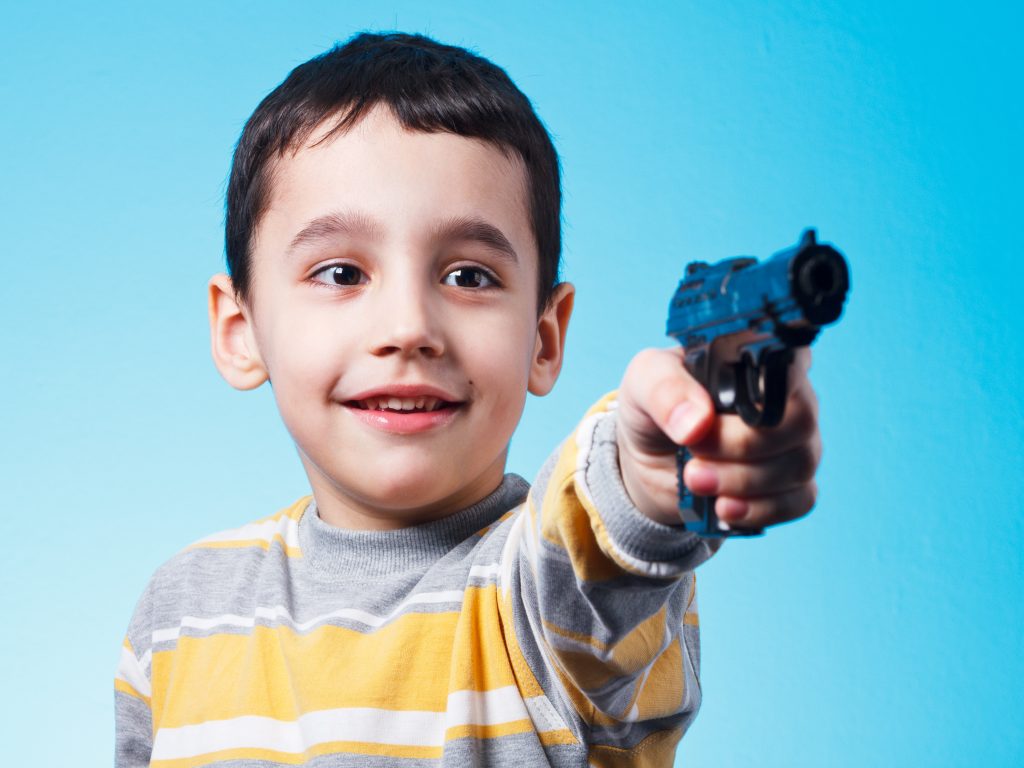 A group from the Florida Department of Children and Families got a huge surprise when conducting an investigation into possible child neglect at a home in Boynton Beach, as a 3-year-old child pulled a gun on them when searching through his toy box.

The incident occurred on June 17th at a Boynton Beach house which had been the target of an investigation by the DCF due to rumors that a child was being neglected and that a man who was living in the house was selling drugs out of it, even with the child in the home.

As DCF officers entered the home they interviewed the child’s mother, Rosalynn Renee Faniel, who was present at the time. During this interview, the child was playing with his toys and began removing several from his toy box. One of which was a box of books. Inside the box of books, the child pulled out a 9mm handgun, much to the shock of the DCF officials and to the mother herself.

At that point, a Boynton Beach police officer who had accompanied the DCF agents into the home quickly grabbed the gun from the child, and upon snatching it from his hands, found out that the firearm’s safety was off and was loaded with a round in the chamber.

Despite the mother claiming that the firearm was not hers, Rosalynn Renee Faniel was placed under arrest, facing charges of child neglect as well as petty theft due to a warrant that was found matching her name at the time of arrest.

The child, on the other hand, will be taken into care by someone else, though it has not been reported on who that may be.

As for the rest of the house, police found ammo for the 9mm, Oxycodone, and a drug weighing scale in their search.

Now this story, for all of the rottenness that comes from seeing a child in a neglectful home had a pretty happy conclusion. Nobody was shot due to a negligent discharge from the gun the child was carrying, but these situations are all too common. Many of these stories we have covered here at Concealed Carry Inc. in a story about “300 Negligent Discharges.”

If you are interested in reading more about these, definitely check out that article or you can read from the source as we have released the sources for those stories HERE.

Would a situation like this child went through happen in your house or the house of someone you know? Let us know in the comments below.